Let me introduce myself. After finishing grammar school I studied the Faculty of Natural sciences at Comenius University in Bratislava. I graduated from enviromental studies with master degree. I was working for two years in the Centre of environmental education IUVENTA in Bratislava. In 2001 I tried to carry few loads by supplying the Rysy mountain hut in Vysoké Tatry mountains and I stayed in mountains already… Next 13 years I was porting of heavy loads for different mountain huts as my fulltime job. I spent 3 years at Rysy hut and 2 years at Zbojnícka hut in Vysoké Tatry Mountains, one winter season at Borišov hut in Veľká Fatra range, 9 years at Kamenná chata pod Chopkom in Nízke Tatry (Low Tatras) range. My main work was porting, then work in and around the hut, at free time I did rock climbing and hiking…

Since 2005 I have been working for several tour operators as a local guide for Slovak mountains, later as well as a tour leader. In 2015 – 2016 I attended the course to get licence as an international mountain leader, which I succeed. Since 2005 I have been working as well as a senior instructor in a company oriented on experience education, creating teambuildings, teamspirits, cooperation trainings etc.

My deep interest in mountains started at the University time. At first I was hiking and trekking in Slovak mountains, later hitchhiking and trekking in Europe. Especially mountains in Balkan peninsula were my favourite – Romania, Macedonia, Albania. Years 2003 – 2004 I spent in New Zealand by doing seasonal jobs and I did a lot of trekking there. Somehow naturally I continued to higher mountains – Mt. Elbrus in Russia, Dufourspitze in Switzerland, Italian Dolomites. In 2011 I made an expedition to Indian Ladakh,trekking through mountain passes and Stok Kangri peak.

And beside that I did lots of trekking, climbing, skitouring, cross country skiing in Slovakia, Czech and Poland…

After birth of our first son we thought, that our trekking trips end for some time, but luckily not. We are able to manage everything as before, just one of us has to switch his bag for the bag with the little one. We did Vysoké Tatry mountains, Nízke Tatry mountains, Austrian Alps…with bigger accent on safety, off course. 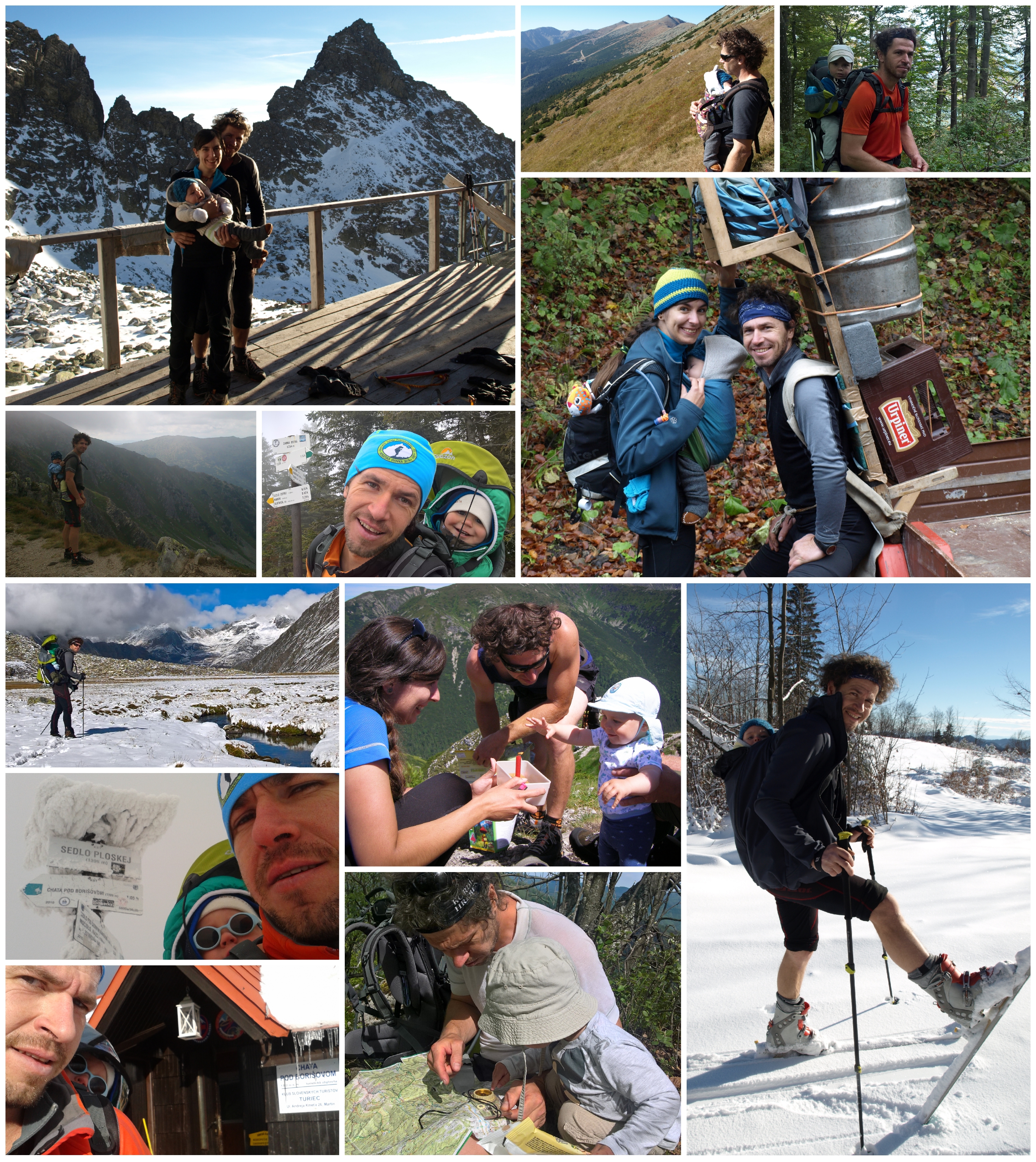